Over the past ten years, Johnny developed the Pouyan Method for treating addiction, PTSD, and many other conditions. His protocol demands individual assessment and treatment.

The Pouyan Method is a systematic and methodical healing system. It’s a proprietary technique that is only performed at The Holistic Sanctuary. I describe it as an extensive set of tools, combined with an inspired knowledge of the human body and cause and effect. Johnny has formulated when to use certain tools or therapies, how much, and when to stop. Some of the tools in this tool box include organic, non-GMO diet, supplementation, NAD IV drips, hyperbaric chamber sessions, and many more therapies.

Johnny claims a 90% success rate for people in the two-week Pouyan Method program. For the four-week program, Johnny claims 99% of clients will become fully functional and free of withdrawal symptoms. He doesn’t quit on people.

For people with significant underlying health conditions that may interfere with addiction recovery, such as heavy metal toxicity, candida, etc., there is a 12-week program at The Holistic Sanctuary. Johnny develops a protocol specifically to deal with these conditions along with addiction therapy. His success rate is unmatched by any other clinic.

About Johnny the Healer 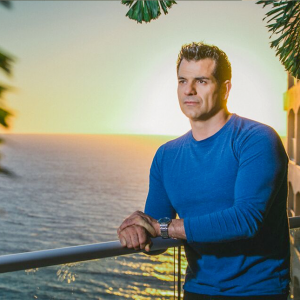 When I first learned about Johnny the Healer, I was somewhat skeptical about his name. Who calls themselves that? Later, I found out his clients gave him the name. When someone heals a person, and does it over and over, a name like that sticks and is well deserved. Now I endorse it.

Johnny is the real deal. His name is John Tabatabaie. He has a self-admitted sordid past. Johnny had a rough childhood, fell into drugs, jail, 20-plus rehabs. His only brother committed suicide in a rehab facility. He transformed himself and is truly a healer, a guide, and an inspired human being. He talks the talk and walks the walk. He is passionate about saving lives. He is Johnny the Healer.

The Pouyan Method at The Holistic Sanctuary